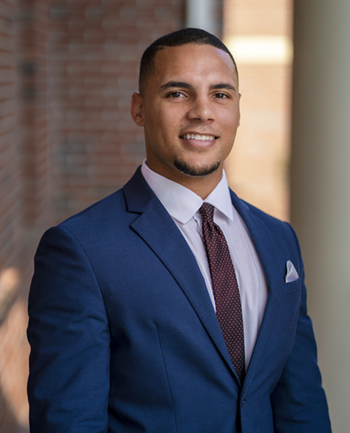 Mr. Thompson is frequently asked—what made you want to become a lawyer? “Growing up I saw a lot of people that had an important story that they just couldn’t put into words. They needed a voice. I saw many people taken advantage of. They needed someone to stand up and fight for them. I have always wanted to be that voice and I love fighting for those that need help the most. That is why I became a lawyer.”

When Mr. Thompson is not practicing law, he enjoys being active in the community.  He spends his free time attending his local church and coaching youth wrestling.